Showing posts from June, 2014
Show all

Musings of a New Husband 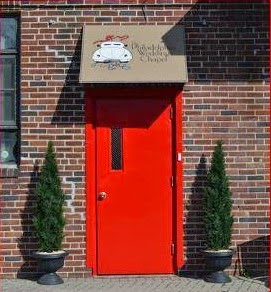 ﻿ “You can’t marry another boy,” they told me. “Why not?” I asked, confused. “You said I could do anything. You said I could grow up to be President.” “You can’t marry another boy!” “But you said I’d grow up, and fall in love, and get married.” “You can’t fall in love with another boy!” ― Excerpt , Unbroken My father followed me into the kitchen. “I like Stanley,” he said. “He is the kind of person I imagined for you. Do me a favor. Keep this one.” I was startled for two reasons. One, my father doesn’t talk much, certainly not about anything of a personal nature. At least not to me. Second, he’d always hated all my boyfriends. Until that moment, until that conversation, I’d always assumed that he’d hated my boyfriends for their sex. Now I understood he’d hated them because he thought they weren’t good enough for me, that I deserved better. In all honestly, I had dated quite a collection of losers and lunatics. “I will, Space,” I promised. “I will.” Yesterday,
7 comments
Read more

Welcome to Wednesday Briefs―a blog hop where authors post 500-1000 words of free flash fiction every week. In my books, I write about men in love but we all know that love's road isn't always pretty and well-lit and paved. Sometimes it is dark, strewn with rocks, lined in thorns, spraining ankles and drawing blood. In my flash fiction, I sometimes wander down those other roads. Black Cat Felix unlocked the gate remotely. Jason opened the front door and stepped into cool of the hall, a shadow obscuring his face. He looked up, and seeing Felix at the top of the stairs he seemed to falter—it was the tiniest hesitation and in a moment he was cloaked in his usual blistering bravado. “Hey,” he called. “What happened? You never lock the gate.” Their cat, Rover, who had been roaming the upstairs hall with feline grace, now rubbed himself against Felix’s leg. He was a beautiful cat. Jet black, with a splash of white across his chest, he was elegant as a tuxedo. “Where were
Post a Comment
Read more 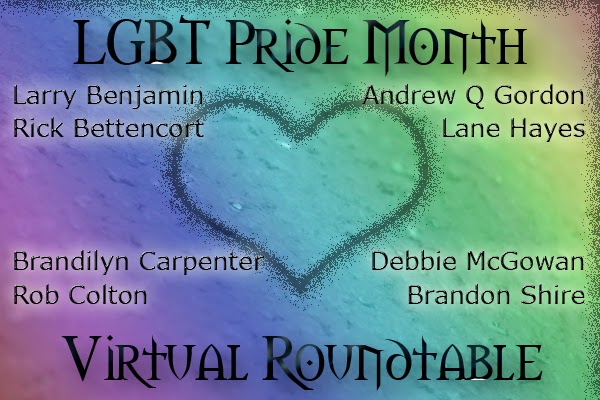 This week , I'm trying something a little different. In honor of LGBT Pride month, I am among a great group of panelists who will be hosting a month long discussion about Pride, LGBT Youth, Allies, and more.  Our panelists are a diverse group of readers, writers, and supporters of gay fiction, including  Rick Bettencourt , Brandilyn Carpenter , Rob Colton ,  Andrew Q Gordon , Lane Hayes ,  Debbie McGowan , and  Brandon Shire .  Each week, two people will answer two questions related LGBT pride, rights, and related topics. We will also be giveaway free copies of eBooks by our participating authors and a Amazon gift card. You can enter on the Raffle Copter below.  There are special entries for each week of June, so don't miss out on those. Please join in the discussion in the comments.  You can gain entries into the giveaway, but more importantly, you can be part of a important and fun discussion.  Though only 2 panelists will be posting each week, we will all be joining
22 comments
Read more

At the Lammys – Forever Unbroken 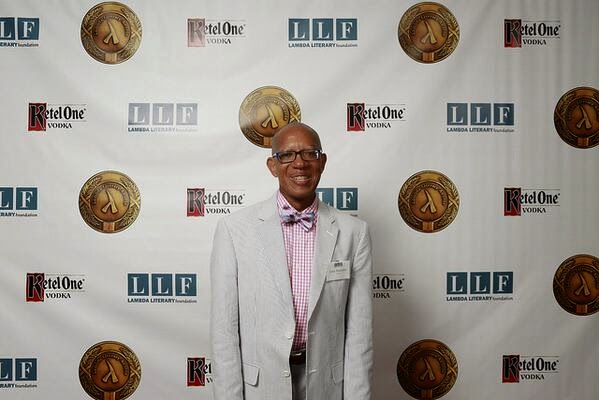 My Official Lammys Photo The 26 th Annual Lambda Literary awards were held Monday, June 2 at Cooper Union in NYC. Because my third novel, Unbroken , was a finalist, we hopped the Acela and went. My brother was waiting at Penn Station by the flower stand at the 8 th Ave exit when we arrived. We hugged and began our wait. SusieQ, his fiancée, if not early, or on time, but at last not as late as usual, stormed the station, a warrior princess in red, a blast of windblown hair and towering heels. Together we took the subway downtown. We arrived early and, led by my brother, Michael, tall, unshakeable as a redwood, surged through the doors at Cooper Union, boisterous, bulletproof, Stanley, my partner, trailing us looking bewildered but proud. We signed in at the reception desk and were directed downstairs. (L to R) Me, Stanley, SusieQ, Michael Downstairs: a crush of bodies and rising heat. An army of waiters, ramrod straight and beautiful, jet hair, silver white skin, red-red
1 comment
Read more
More posts