Showing posts from May, 2017
Show all

It's Mother's Day and I'm in the Doghouse 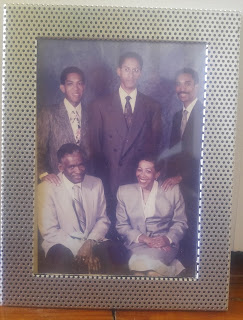 Mother’s Day. I know the drill.
STEP 1: Buy Card. CHECK. STEP 2: Sign card. CHECK. STEP 3: Mail Card. Aw, shit!
Now Meatloaf said, 2 out of 3 ain't bad, but he never met my mother. I’m in the doghouse for sure. Which, I suppose id better than ending up in the woodshed.
I would ask my brothers for help. But the youngest, Vernon, is the perfect son. He’s some sort of saint, I swear. (He takes after our dad.)
I used to go to my parents for Mother’s Day, but one year it took me 4 hours to get there and 5 to come home. I hate the George Washington Bridge!
So I started sending flowers to cover my absence. But there was always a debacle. One year, they delivered the flowers in a broken case. I called to complain and the florist sent out a second set of flowers—with NO VASE. I called to complain again. Yep, they delivered more flowers but no vase was to be seen. Another year, another florist. This time they delivered the flowers to the wrong apartment and as they had a signed receipt, they refus…
Post a Comment
Read more
More posts