Showing posts from May, 2014
Show all

Marriage Equality - It Really Does Matter: My Own Story 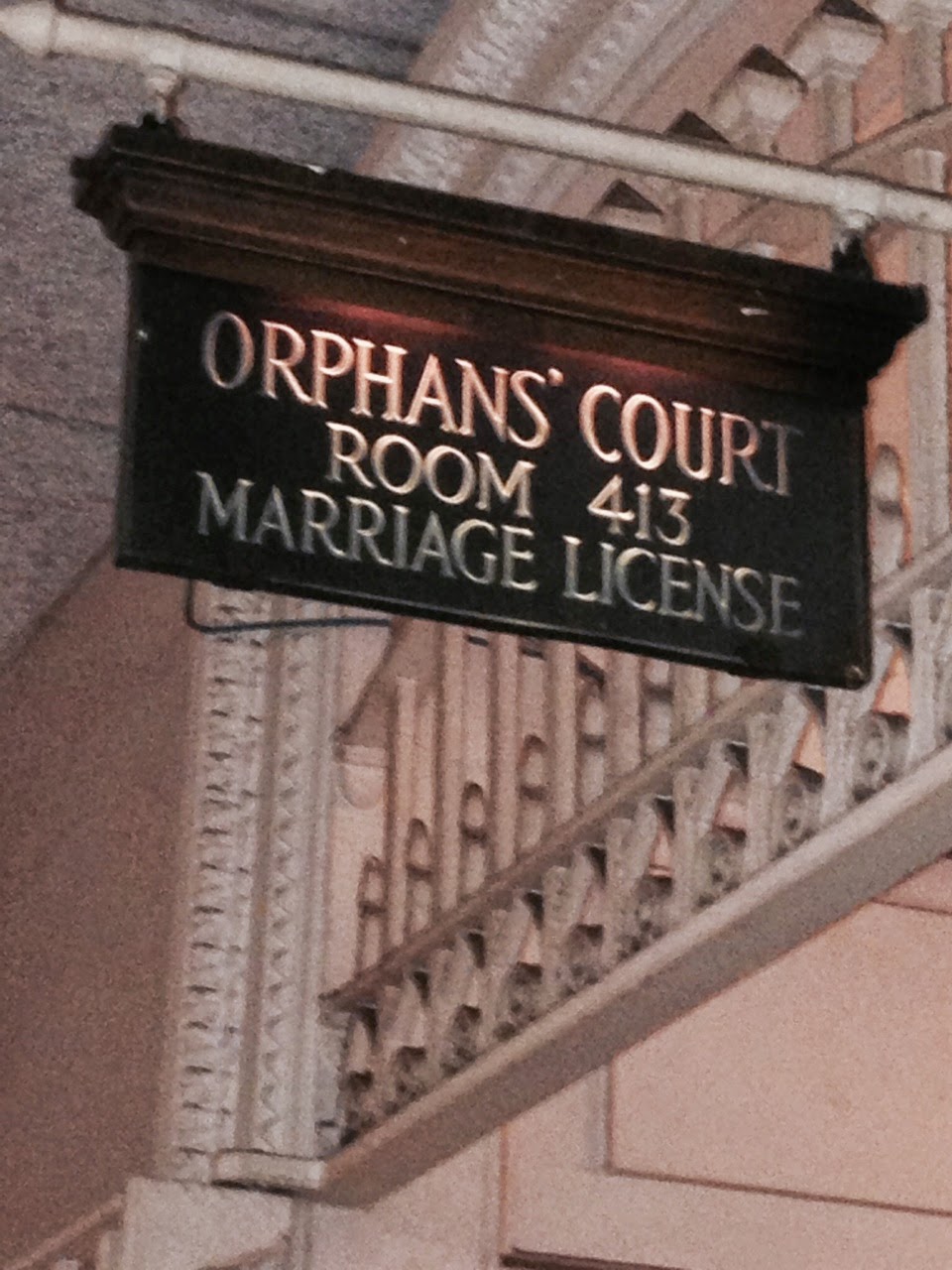 ﻿ It was Tuesday, May 20. We were about to get out of the car to explore a new thrift store in Rehoboth Beach when my Twitter stream went crazy. U.S. District Court Judge John E. Jones 3d had found Pennsylvania’s ban on same sex marriage unconstitutional.

My brother called, then texted the news when I didn’t answer.
In the middle of that thrift store, using my phone, I scrolled through the posts on Twitter in elation...and disbelief.
“We are a better people than what these laws represent, and it is time to discard them into the trash heap of history,” Judge Jones wrote in his elegant opinion.
No Stay.
Then, on Wednesday, Governor Corbett announced, “I have decided not to appeal Judge Jones’ decision.”
On Thursday, May 29, we went to Philadelphia City Hall and applied for a marriage license. There were two straight couples and us. No one looked twice at us.
The clerk in his blasé manner asked us the usual ordinary questions: What’s your mother’s name? Her occupation? Where was she born?do yo…
4 comments
Read more 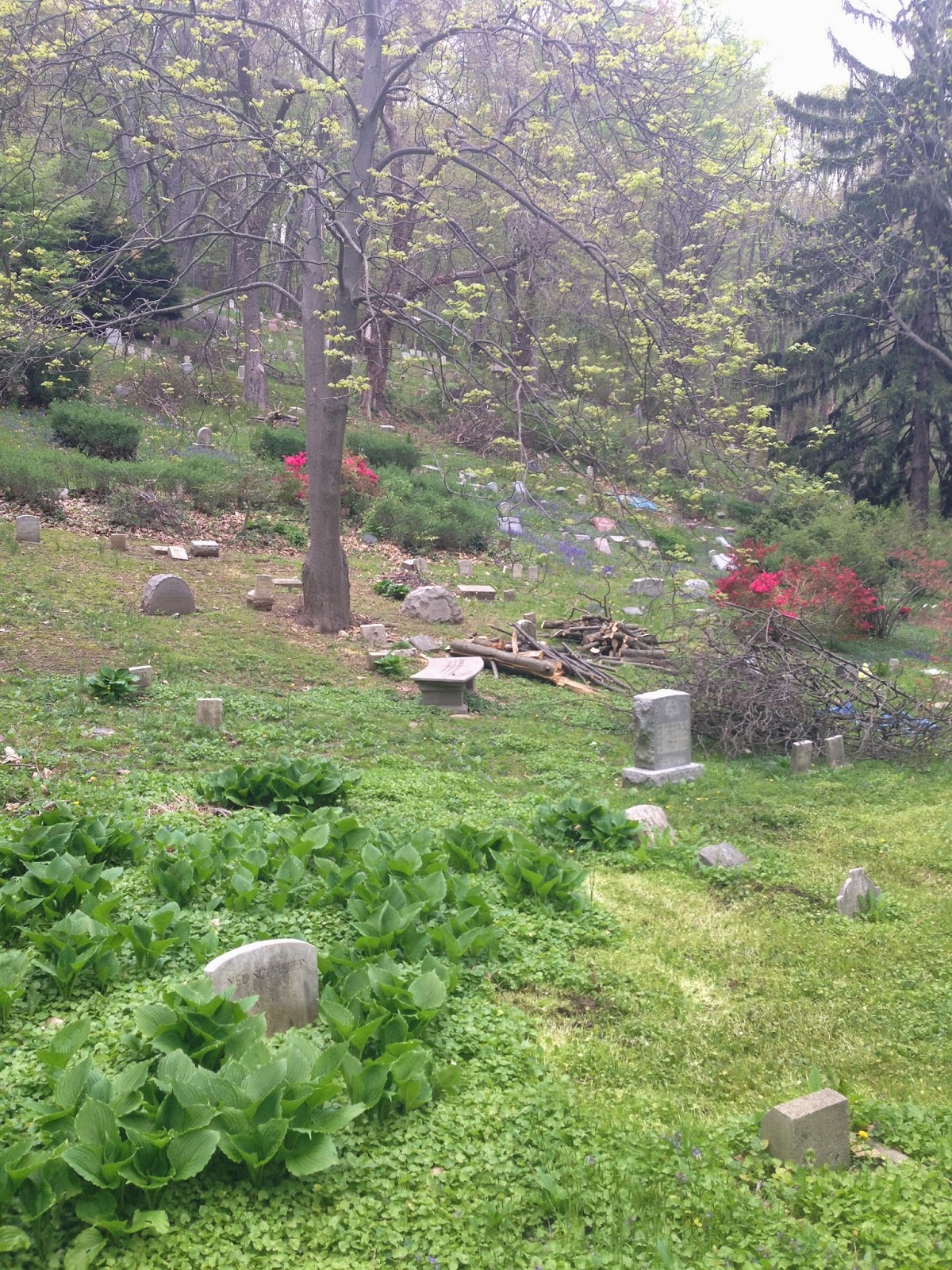 Recently as part of a global volunteer initiative at the day job, I had to schedule three volunteer events for our Global Operating Center in Berwyn, PA. One of the places I chose for us to volunteer with was the Francisvale Home for Smaller Animals, a volunteer-driven no kill animal shelter in Wayne PA. Our job that day was to help clear the large pet cemetery of fallen branches and limbs from trees that had been cut down. It was physically challenging work but didn’t require much thought. To distract myself and because I’m a reader ―I will read anything including cereal boxes at the grocery store if the checkout line is long―I began to read the inscriptions on the pet tombstones.
Some spoke of profound loss:
Electra 1989-2010 Forever in my Heart Chief Erny Mother’s Pal 1926-1934 Button Goldstein 1986 – 1998 We love you sweet girl Tyler – Dude “The Best” 3/12/02
Some were starkly simple, remembering a dear friend, a companion, laid to rest with honor:
Pet Sparks 1769 Dear Dolly 1929-1941 Peggy 1922-193…
Post a Comment
Read more

Yes This Boy Does - Reflections on My Second Reading 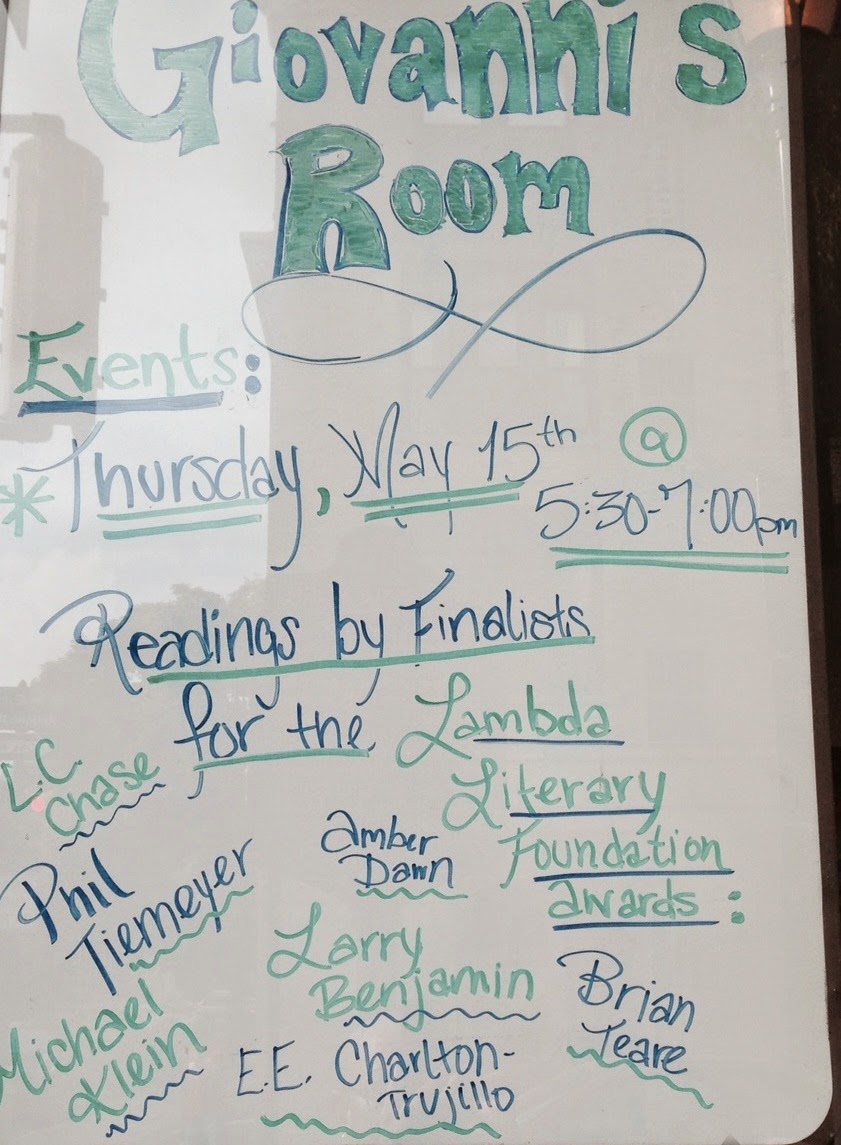 On Thursday, May 15, I had the distinct honor of reading with five other Lambda Literary finalists at Giovanni’s Room in Philadelphia. Among the finalists reading were fellow Philadelphian and PhiladelphiaUniversity professor, Phil Tiemeyer, filmmaker and author, e.E. Charlton-Trujillo, and poets Michael Kleinand BrianTeare.Two weeks before, I’d done the finalist reading in New York. (You can read about that experience here.  But this felt different. It was on my home turf. Stanley would be there. I had more time to read from my book.

The small room filled quickly with an assortment of people, including nun in her habit, all of whom seemed genuinely interested in our words, our stories; others there to pay their respects to a community pillar, a business about to close, and people I knew: our neighbors, Christine and Dwight, my young friend, Brandon, who’d flown in from California the night before, and my partner, Stanley.
It was bittersweet event for this was to be one of the last eve…
Post a Comment
Read more

Welcome to Wednesday Briefs―a blog hop where authors post 500-1000 words of free flash fiction every week.
Icky Skin “Here. Try mine,” Alex said offering her the ice cream cone. She leaned in and reached to steady his hand which held the cone, noticed his thumb. “Ick,” she said and pulled back her hand. “What?” he asked. She pointed to his thumb and then he remembered: he’d scratched a patch of dry skin on his knuckle in his sleep so relentlessly, it was now raw and angry looking. Icky. She turned away and addressed his brother who glanced at him and said something he didn’t hear. She leaned in and licked his brother’s ice cream. Hurt and embarrassed, Alex dropped his ice cream cone into the trash and walked away. *** Alex suddenly yanked his hand out of Jared’s. Jared stopped and watched him. “What?” he asked. Alex realized Jared, holding his hand, had absently stroked his thumb, exhuming the long buried memory from the tomb of his childhood. *** Alex lay naked on the bed, staring at the ceili…
Post a Comment
Read more

What My First Reading Taught Me 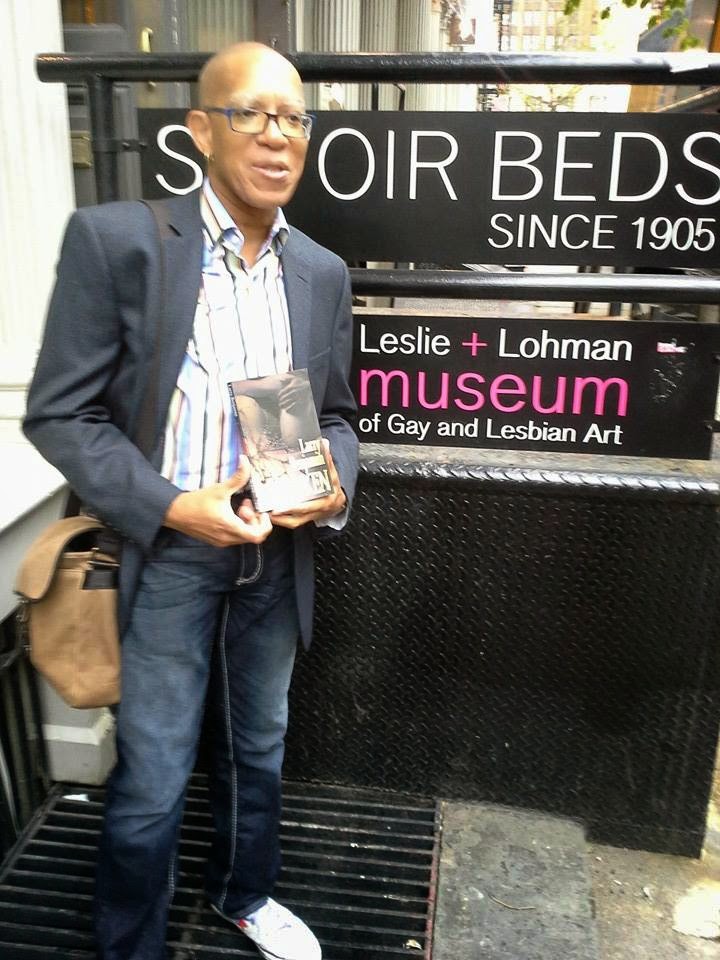 I talk a lot about always feeling other, always feeling alien. For the most part this feeling of otherness is something that envelopes me like my skin. I tend not to think about it unless something irritates me, sort of how we tend not to think too much about the skin we’re in until a blemish erupts, or a mosquito makes a meal of us.
Tuesday night I had the great honor of participating in the Lammy Finalist Reading at the Leslie + Lohman Museum of Gay and Lesbian Art in New York (Yes, Virginia there is such a thing, and if you haven’t been there I urge you to go check it out.)It would be the first time I ever read in public and I admit I was a tad nervous—okay more than a tad. Also New York itself unnerves me: all those people, all that crackling energy, all that movement. My brother met me at Penn Station and we went to a diner for lunch. And then it was 5:15 and we were walking into the museum. I was the first reader to arrive. They were setting up a display of finalists’ books for s…
2 comments
Read more
More posts