Showing posts from June, 2017
Show all

Who You Calling Bougie? 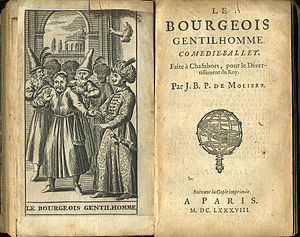 Recently, a friend of mine called me“bougie.” In case you’ve never heard the term, Urban Dictionary defines bougie,a hacked truncation of the word Bourgeoisie, which refers to the middle-class in Europe, as “aspiring to be a higher class than one is.”
Now, this wasn’t the first time I’ve been called bougie. And generally, being called bougie doesn’t offend me because it calls me out for daring to dream, for striving to accomplish something. I have, after all been called other, worse things. And I don’t particularly care much what other people think of me. But being called bougie does rather irritate me because it inherently asserts that I have no right to dream, to achieve, that who I was at birth is who I should be at death.
The word bougie seems to stem from a screwed-up thought process that defines a place for everyone, a place they must always remain. I remember as a kid, when I talked back, I would be told I was “out of place.” And that was often a punishable offense. The idea t…
2 comments
Read more
More posts