Showing posts from September, 2017
Show all

The Rebranding of Larry 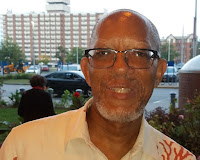 On June 26, I quit my job. I immediately stopped doing three things: setting my alarm, ironing clothes, and shaving. The next day I started Klonopin, an anticonvulsant often prescribed to treat panic attacks and anxiety. Five days later I sat in my doctor’s office and, in tears, admitted that for the first time in I didn’t know how long, I felt like myself. He referred me to a therapist and the work began.
With no job, and a new book set to be released August 1, I had nothing to do but work on myself and write. I needed to figure not only who I was but who I wanted to be, what I wanted to do next. Writing was a part of that. With the publication of my first book, What Binds Us, I was classified as a romance writer specifically gay romance, more commonly referred to as mm romance. I was never quite comfortable with that definition quite frankly. My books have strong romantic elements but I don’t see them as romances. Being so close to releasing In His Eyes, I really needed to think thro…
4 comments
Read more

On Reading, Writing and Favorite Lines 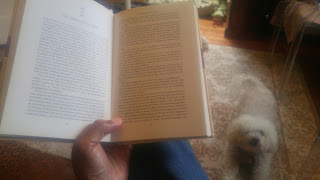 I don’t read when I’m working on a book. I’m too easily influenced by what is happening around me when I write: events, conversations, songs, people—they all comes into play and get filtered into my work. So, I avoid reading to avoid another writer’s influence. Since In His Eyes was released on August 1, I’ve been trying to catch up on my reading. Most recently I picked up “The Best of Saki,” by H.H. Munro, a British writer whose witty, mischievous, and sometimes macabre stories satirize Edwardian society and culture. I fell in love with his prose. Often there were lines that were sublime: concise, biting. As read, I made notes highlighting those special lines. This post is about favorite lines from books I’ve recently read.
H.H. Munro (Saki): His casual comments on marriage were a particular favorite of mine:
You’re married to him—that’s different; you’ve sworn to love, honour, and endure him: I haven’t. –Laura
To have married Mortimer Seltoun, ‘Dead Mortimer,’ as his more intimate enemi…
Post a Comment
Read more
More posts