Catching Up with… Mark William Lindberg

- June 10, 2015
This week I’m chatting with the remarkable Mark William Lindberg, a queer author, artist, performer, and educator, whose new novella, Queer on a Bench just came out. Let’s just dive write in, shall we? 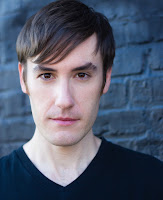 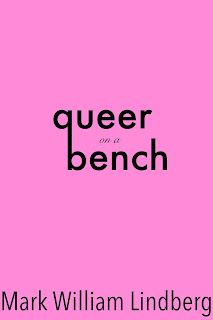 Em sits down on a bench in a park and makes a deal with themself not to get up until something happens. What follows is a formally experimental stream of consciousness novella that digs deeply into the way we think about the world and view both the people around us and ourselves. Em’s relentless self-examination brings up beautiful insights and frustrating questions about privilege, gender, and religion, and gets constantly interrupted by short story daydreams that veer off into sexual fantasy, memoir, and playwriting. Mark William Lindberg, author of 81 NIGHTMARES, gives us another eye-opening look into a human mind at work.
BIO
Mark William Lindberg is a queer author, artist, performer, and educator living with a man and a dog in Queens, NY.
Connect with Mark
You can find Mark's books, 81 Nightmares and Queer On A Bench in print and eBook formats at most online retailers.
In celebration of Pride Month, the eBook version of Queer on a Bench is on sale for only $0.99 for the month of June! (Also available in paperback.)
Buy Links
gay fiction Larry Benjamin LGBT Mark William Lindberg queer