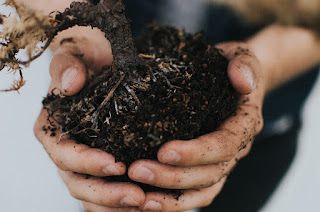 My life: I have been a model citizen; a good son; employee of the year, year after year after year. I have lived in the shadows, a ghost, unseen.
And now, as my life ebbs away, eternity like a black moon rising, I felt his hands on my body, efficient and cool. My chest was tight, and I was uncomfortable, but I didn’t mind, not really. I had endured worse, much worse. I wished I could scratch my nose. I wished I could move.
“Does he not have any family—anyone we should call?” someone else was in the room with us, then.
“No,” he said, his hands working. “I suspect he was gay,” he added, speaking of me as if I was already dead. “And you know,” he continued, his hands working, working, “He was of that generation that kept in the shadows.”
I recognized his voice now; he was my day nurse. He was a fey young thing, gentle and outrageous, but much loved by patients and staff alike who treated him not as a curiosity to be pointed at and whispered about, perhaps even laughed at, nor as some exotic hothouse plant, delicate and talked about but seldom seen except for rare and solemn occasions. I found this ceaselessly marvelous though curious, too. How could this be? I’d been one of an army of men and women who’d lived in the shadows, in a sheltering jungle, where we were free only because they could not see us. The trees in the jungle denied the sun, and lent us the cover of night while the broad-leafed plants on the ground clothed us in secrecy. He could not understand that. How could he? He who had always dwelled in the light.
Oh, I’d snatched joy and passion sometimes out of the shadows—I won’t say love because whenever love’s seeds had appeared, I’d swept them away before they could take root in my heart knowing they could never grow. You see, I'd been taught that mine was an infertile and corrupt soil. Now, listening to this brilliant young man in the crepuscular light, I began to wonder if I'd been misled.
I wished I could open my eyes and squint at him, even though I had cataracts that rendered everything gray, foggy, slightly out of focus. Perhaps because I’d denied myself light, color, lest I be noticed, found out, I hadn’t been aware of the cataracts forming until it was too late.
I used to enjoy his bright chatter, his voice falling around me like honeyed dew on a scorched earth. Though I hadn’t been able to bring myself to tell him about my experiences, or to ask him about his, I’d strained to overhear as he gossiped on his breaks with the other nurses, telling them of his weekend adventures, of this boy who’d tried to catch his eye, of that boy who’d tried to make time with him.
“His breathing is getting shallow,” the other said. “It won’t be long now. Shall we stay?”
“Shh!” my nurse said, “He can hear you. Hearing is the last sense to go.”
I could feel myself struggling to breathe and occasionally thought I might just stop. It took so much effort and I was so very tired.
“Look at all these potted plants. Where’d they come from?”
“Oh, he brought them with him.”
Those potted plants they were discussing so casually had once dwelt in a bright, respected green house. The last relatives of prize-winning orchids and priceless bonsai, they were now refugees, like me, in this damp chamber of horror and kindness.
“What shall we do with them? Will you take some?”
“No, I hate potted plants!” His voice softened. “I prefer wildflowers in a garden. They feel the sun on their faces and dance in moonlit breezes. Hummingbirds drink their generosity and bees tickle their sex. And life sweeps them up in its current as careless children take a shortcut through a neighbor’s unkempt garden on their way to school.
“You’re a bit of a wildflower yourself, aren’t you?”
His hands stopped moving on my body. “Perhaps,” he said thoughtfully.
“What do we know about him? Does he have any photos or anything?”
“He was a soldier in the war. He doesn’t seem to have any family, as I told you. And the only photo he has is on the wall over there.”
I heard footsteps and then his voice again, “It’s a photo of a green house. Why does he have a photo of a green house?”
“I don’t know.”
I felt the familiar cool, thick liquid across my lips as he tried to ease the dryness of my chapped lips. He slipped the swab dipped in a honey flavored nectar between my teeth. I sucked greedily.
He was so gentle and kind I wondered for the first time if he had a boyfriend or maybe a husband. I could see them in my mind's eye: two lovely boys walking down the street in broad daylight, bold and unafraid, holding hands and twirling rainbow streamers, their open shirts billowing in the breeze behind them like sovereign flags. I envied them their freedom even, as I smiled at their happiness.
“He seems thirsty.”
“He’s not. He doesn’t feel thirst or hunger anymore. The sucking is just an involuntary reaction.” He removed the swab and I felt his cool fingers moving across my forehead. “Rest, now, old soldier, rest.”
A light fell on, and in front of, me. This old soldier stepped out of the shadows into the light. And was free.
THE END 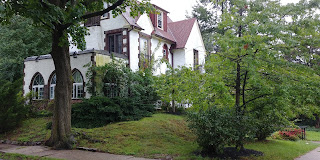 Last Thursday, August 16, marked 11 years since we moved into our house. I have lived in this house longer than I have lived anywhere else since I left my parents’ home to attend Penn back when Ben Franklin was still on the faculty. The day we moved in, perhaps sensing I was home at last, I told my mother, who always wrote my addresses in pencil in her address book, to write this one in ink.

I used to dream of buying Lucy Ricardo’s farm house in Connecticut. Later, I dreamed of buying the Brady Bunch split level. As a kid, I‘d spend hours pouring over the Sears catalog imagining the kitchen in which I’d install Avocado Green—or perhaps, Harvest Gold—appliances.
In eleven years, we have battled contractors, mice, squirrels, termites, and floods. Yet, I feel safe—at home—here, in a place whose rooms are decisively painted—let’s face it, it takes commitment to paint rooms red or pea soup green or chartreuse—and hung with non-mass-produced art including local artist and good friend Brenda H…
Read more 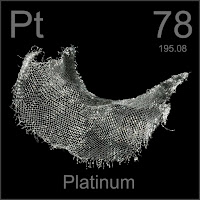 “Ask them?” I whispered fiercely.
“No! You ask.” Elvis practically whistled out of the side of his mouth.
“But you brought it up—”
“You agreed.”
The vet, who was the sort of woman who’d drunk Brandy Alexanders in her youth, and then later in life, divorced and resettled, had adopted a pair of Lhasa Apso pups and named them Brandy and Alexander, cleared her throat. Now, she asked, “Is there something else?”
Our dog, who just gotten a series of vaccinations trembled on the stainless steel table, her big brown eyes pleading for escape. She’d only been with us two weeks and didn’t fully trust us it seemed. At this moment, I can’t say I trusted us either.
“Um…yes…can you look at her um…her privates?”
“You mean her vulva?” The vet tech, young, blonde, perky with bright compassion, asked briskly. If not for her love of animals, she’d have been a stewardess: bubbly, unflappable, unmoored.
“Yes!”
She rolled our dog onto her back and we all peered at her, squirming.
“What are we looking for?” The two wom…
Read more