Falls of Schuylkill: A Neighborhood Story 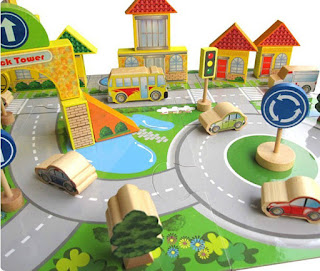 I write fiction—there’s a reason for that. I find real life, well, boring. It was for that reason I never had an interest in journalism—reporting facts and on real life? No thanks. I’m beginning to have a change of heart though—not that I’m going to start reading nonfiction or become a newspaper reporter. No, no. Somehow last fall I got talked into joining our neighborhood community council. The experience has been...eye opening, and far from boring.

First a little background on our Philadelphia neighborhood. It’s a former mill town, started, and stopped, by the river from which it takes its fantastical and picturesque name: Falls of Schuylkill. Sadly, since the late 1800s, it’s been known as East Falls. The new name is perfectly fine, I suppose but, I don’t know…it lacks the musicality, the romance of the original.  Anyway, it’s a diverse neighborhood, in a city of neighborhoods, each with its own distinct personality. Here there are row houses, (which define the vernacular architecture of the city) in the two models:  “airlight” (kitchen on the side of the dining room), and “straight-throughs” (kitchen at the back, behind the dining room), twins—large and small—and single-family houses on double or triple lots, with a few bonafide mansions thrown in for good measure.

As I mentioned, it started as a mill town, but it is now, despite public housing projects at the edge of the neighborhood and a smattering of seedy bars along the railroad tracks, quite removed from its humble beginnings, being populated as it is by lawyers and doctors, and home to one of the most expensive private schools in the city.

It’s a small neighborhood which is also home to a startling number of community organizations. There’s a development corporation and given how little has actually been developed, I can’t tell if the name is hopeful or delusional. Change comes slowly here.

I’ve never been entirely sure how I came to be invited to “run” for a seat on the community council—I use “run” in quotes because my nomination was uncontested, and I had no opponents—but I wasn’t entirely surprised. I knew labeled old, white, wealthy, and exclusive, the council had an image problem. They needed to freshen their image by becoming inclusive to which end, they needed to add more “diverse” members. Being Bronx-born, Ivy-league educated, black, gay and married to a white guy, I knew they couldn’t tick off more categories than if I’d also been female, Jewish, and disabled.

Yet despite those facts, the nominating committee insisted on interviewing me. During the interview, I was asked, “What made you decide to join the council?” I replied, “Um, because you asked me to.” My response was greeted by blank stares. No one laughed. I watched three sets of lips fall open, forming little Os which promptly collapsed, in unison, into wrinkling lines of thin-lipped disapproval, then into those Os again, making them look surprised, then disgruntled, then surprised again.
I assumed the role of corresponding secretary in October. Since then, I have stumbled upon:

A shrill, disruptive harpy and her evil factotum who have joined forces to become a kind of toxic Batman and Robin, a decades-old scandal involving a pair of librarians, an elderly tree-hugging dowager overly fond of bourbon, and a mysterious couple who run the local newspaper with their own unfathomable agenda.

As I'm a writer, I’m pretty observant. Here’s what I have observed after six months of attending monthly meetings:

Privilege gives rise to entitlement. People are motivated by many things but none more than entitlement. And fear.

It’s that sense of entitlement that led one person at one meeting to ask SEPTA, Pennsylvania’s regional transportation entity responsible for all public transportation, to remove the bus stop in front of his house because riders leave trash in his garden, and prompted another to ask SEPTA to reroute the bus that ran down her street because the lumbering diesel-drinking beasts are noisy and disrupted her sleep. Really? It’s a city neighborhood that touts among its amenities access to public transportation!

Fear, is the other motivator. A recent proposal to change zoning along one particularly dismal stretch, to encourage commercial development, led to widespread panic. Panicked neighbors stormed the walls of change like paratroopers from the past, insisting that allowing commercial development where an ancient and much loved, though seldom full, church, has stood for two centuries, would prompt the Archdiocese to sell it to a developer who would promptly tear it down and put up a Walmart. The idea was absurd, and I couldn’t help but be reminded of the spinster who fears there are men hiding under her bed. Fear of change, has led many to see men under the bed, as if any change, every developer, was a horny half-man, half-beast, waiting to pounce and ravish East Falls.

So there you have it—I joined a community council and stumbled on a truth, a real world, far stranger and less believable than fiction. I’ll continue to observe this strange world and report back periodically, and who knows maybe this town and its otherworldly inhabitants will find their way into a future book. Maybe, I’ll bring back the Restoration Drama…

The characters and events described in this blog post exist only in its pages and the author's imagination.