This Writer’s Life: The Soundtrack 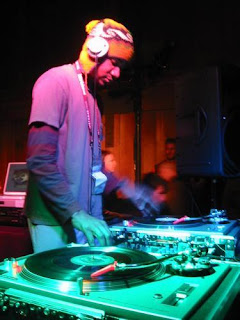 The death last week of Maurice White, who founded Earth,Wind and Fire, made me, like a lot of people sad. The music of Earth, Wind and Fire marked the beginning of my journey to adulthood. Their music is also inextricably tied to my relationship with my freshman roommate Yone, the first friend I ever had. For me, listening as radio stations played their songs back-to-back was more than a tribute to Maurice White, or a celebration of their musical canon. I was listening to part of the soundtrack of my life. This realization got me thinking about the role of music in my life and writing.

In my books, I use music—to locate the story firmly in time, or to express something about the characters, or their emotion or mood. In What Binds Us, the signature song for Matthew and Thomas-Edward is Randy Crawford’s “Where There was Darkness,” which describes the gratitude they feel for having, unexpectedly found each other; the song’s lyrics express what they cannot yet articulate to each other and they don’t in fact recognize the song is their shared truth.

In Unbroken, “The Morning After,” the theme song from The Poseidon Adventure informs Lincoln’s character—it’s what gives him strength and purpose. Deliberately there is no music in Vampire Rising. Taking its place is silence and the screaming of mockingbirds. Indeed, there is very little sound save the sound of hatred and violence and religious piety, and beneath that, the steady hum of love.

Growing up we listed to calypso, the Ray Coniff Singers and Herb Albert and the Tijuana Brass. I remember The Mighty Sparrow’s  “The Congo Man,” and “The Girl from Ipanema” which, in my memory, plays in an endless loop in the background of my childhood. Later, on AM radio, we heard Tony Orlando and Dawn’s “Tie a Yellow Ribbon Round the Old Oak Tree,” and Carly Simon’s “You’re So Vain,” and Helen Reddy’s anthemic “I Am Woman.”

It wasn’t until college, though, that I heard R & B, soul, and funk. Freshman year, my roommate, Yone, introduced me to WDAS and Royce Rose and Parliament Funkadelic and the iconic Earth Wind and Fire. This became the soundtrack to my early college years. Later, Prince’s yearning, declarative “I Wanna Be Your Lover” became the anthem of my lonely, yearning self. Diana Ross’ “Upside Down” and Teena Marie’s “I Need Your Lovin’” echoed the sounds of my heart breaking for the first time. And later The Spanish version of Kool & the Gang’s “Celebration” reflected my head-over-heels love for Germain, the first boy who loved me back. And still later, Randy Crawford’s “Endlessly”  summarized how I loved him; for years I closed every letter, every card to him with “endlessly,” followed by my name. I never knew if he ever understood what that was a reference to.

Later, after I met Stanley, “This Ain’t no Thinking Thing” by Trace Adkins became “our song.” Later it was replaced by Sam Smith’s “Stay With Me.” That was the song playing as, hand-in-hand, we walked down the aisle at our wedding. We caught some flak for that from some who said a song celebrating a one night stand was inappropriate but, for us, for me, the lyrics “This ain't love, it's clear to see,” was exactly what we gay and men and women have been hearing from our straight counterparts since time immemorial—hell Lincoln’s journey in Unbroken begins when his parents tell him he can’t fall in love with another boy—the lyrics second part: “But darling, stay with me,” for us spoke of our plea to each other. The world’s disapprobation means nothing as long as you love me and stay with me.

All of these songs—even the ones that remind me of heartbreak and an alienating, painful childhood—come together to form the sound track of my life.

So what about you? What songs are on the soundtrack of your life? Tell me in the comments below.

Check back next Tuesday for Part 2, when I’ll be blogging about the role of smell in my life and writing.