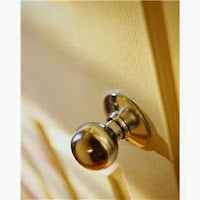 My brother outed me to our 88 year old aunt. I was stunned, shocked. I’d never told her even though we are fairly close and talk at least once a week. Still, with uncharacteristic restraint and reticence I never told her. We just didn’t discuss that aspect of my life. It’s not that I was ashamed. I was just unsure. Maybe it wasn’t really true. Why agitate everyone and then say, “Oh never mind, I made a mistake?”

Now at the other end of the phone my aunt was saying she knew. Michael had told her. She didn’t ask why I hadn’t told her myself. Or why my parents had never mentioned it.

“I’m so proud of you,” she said. “You wrote a book!”
“Actually,” I said finding my courage at last, “I’ve written three.”
We talked awhile longer about other things then hung up.  She called a few days later to tell me how proud of me she was and she mentioned she’d like to read “Unbroken.”  It wasn’t until she called again and asked where she could buy the book that I took her comment seriously. To date no one in my family had read any of my books; she’d be the first.
I inscribed the book, thanking her for her years of support and unconditional love and sent it to her priority mail. I was nervous because “Unbroken” has some explicit sex scenes. She’s always known I was gay, had met nearly all my boyfriends—at least the important ones. We’d never had a formal conversation about my gayness; she just knew and accepted me for who I was. Pretty much the same way she accepted that I was a writer.
Because I’m a writer and naturally introspective, I began to wonder why I was so reticent about identifying as a writer. Insecurity? Maybe. Self-doubt? Definitely.  Also I struggled with what makes one a writer.
Whenever someone asks me what I do—I hate that question, by the way. What I do is not who I am. Generally I suppress the urge to respond, “I breathe, I eat, I shit,” and talk about my day job.  Shortly after I mailed the book to Aunt Terpe, I ran into a new neighbor on the train. Making small talk, he asked “So what do you do?”
“I write, I answered.” Just like that, I’d outed myself, I’d owned myself, my decision to write, my talent and my books.
“You write? You mean as in ‘I wrote a book’?”
“Books,” I said, “I’ve written three.”
I’ve written three books. Three. It’s about time I come out.
A week later Aunt Terpe called me. I could tell she was upset. The sex, I thought. The sex was too much. I should have warned her.
“I’m so sorry,” she said.
“About what?”
“That you had to go through all that—I never knew…”
By that she meant the name-calling, the bullying, the feeling less than. It was all there in the pages of “Unbroken.” My story.  Lincoln’s story. My story and Lincoln’s and the story of every gay boy and girl all intertwined. It had been difficult—remembering—and writing it all down, describing what it felt like. Aunt Terpe was the first adult in my life to acknowledge, to understand how difficult and alienating my growing up had been. She was the first to apologize for not knowing.
Outside of writing the book, I haven’t thought too much about those early, difficult years. I’d survived and put it behind me.  So had Lincoln.  The teasing, the name-calling, the bullying was not the main point of “Unbroken.”  Survival was.  Lincoln was not a victim.  He was a survivor.  Lincoln was the sissy triumphant. I am the sissy triumphant.
I am a writer. It’s not what I do, it is who I am. One day I hope to be the writer triumphant.
You can learn more about "Unbroken" here.
If you're in the UK, you can learn more at the Beaten Track Publishing website.
You can follow me on Facebook and Twitter, too.
www.larrybenjamin.com